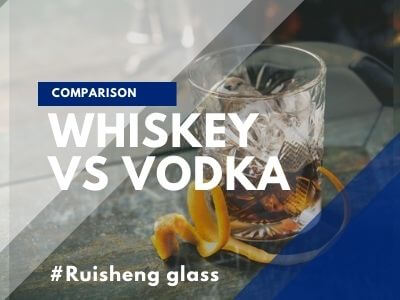 Alcoholic spirits such as vodka and whiskey are usually served in cocktails. They are two of the most popular beverages globally, enjoyed by people of different backgrounds and cultures.

Vodka is clear, like water, while whiskey has a brown tint, like apple juice. It’s easy to tell the difference between the two. However, colors aren’t the only difference!

Vodka and whiskey are like two different halves of the same coin. Here, we will discuss the differences between Whiskey and Vodka, and which one suits you the most!

Whiskey is a distilled spirit that is matured in oak barrels after being made from a fermented mash of cereal grains. The barrel in which the whiskey is matured is the only source of flavor that qualifies it as a whiskey. There are a wide variety of grains used in the manufacture of corn, barley malt, rye, and wheat. 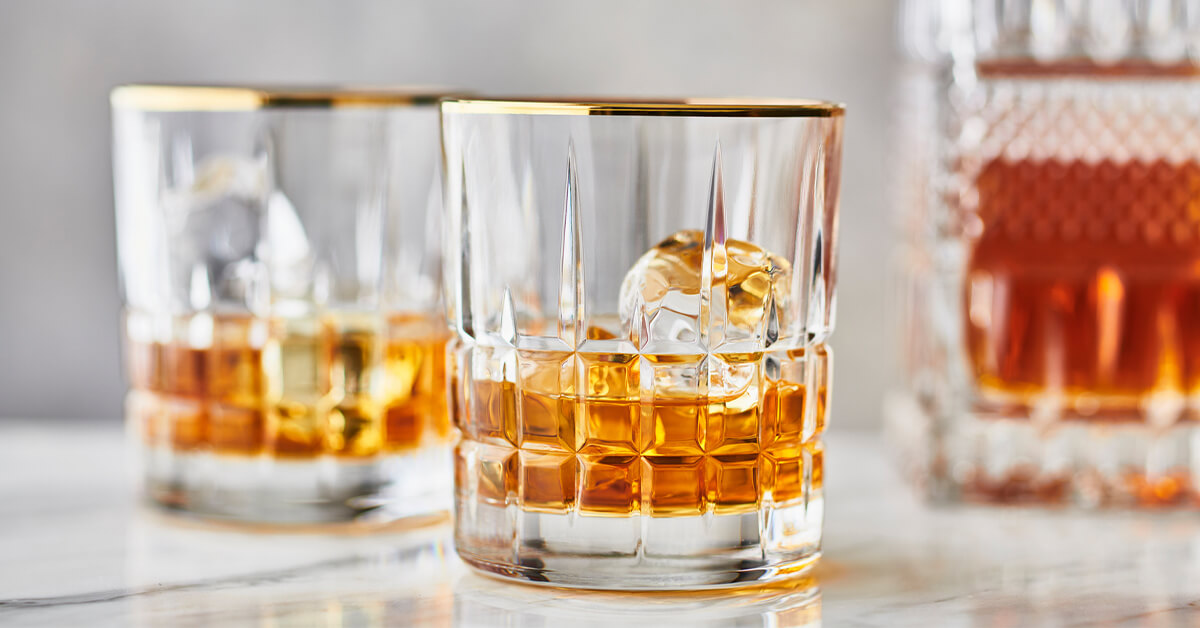 Finally, whiskey (or whisky, if you’re talking about spirits outside of the United States or Ireland) refers to a wide range of spirits, including bourbon, scotch, and rye. Labeling is rigorously enforced for all types of whiskey. As a result, not every bourbon whiskey may be legally referred to as bourbon. To be eligible, it must adhere to a set of rules.

Vodka’s definition is simple. It is an alcoholic beverage produced by fermenting sugar cane or corn starch with yeast (potatoes or fruit). 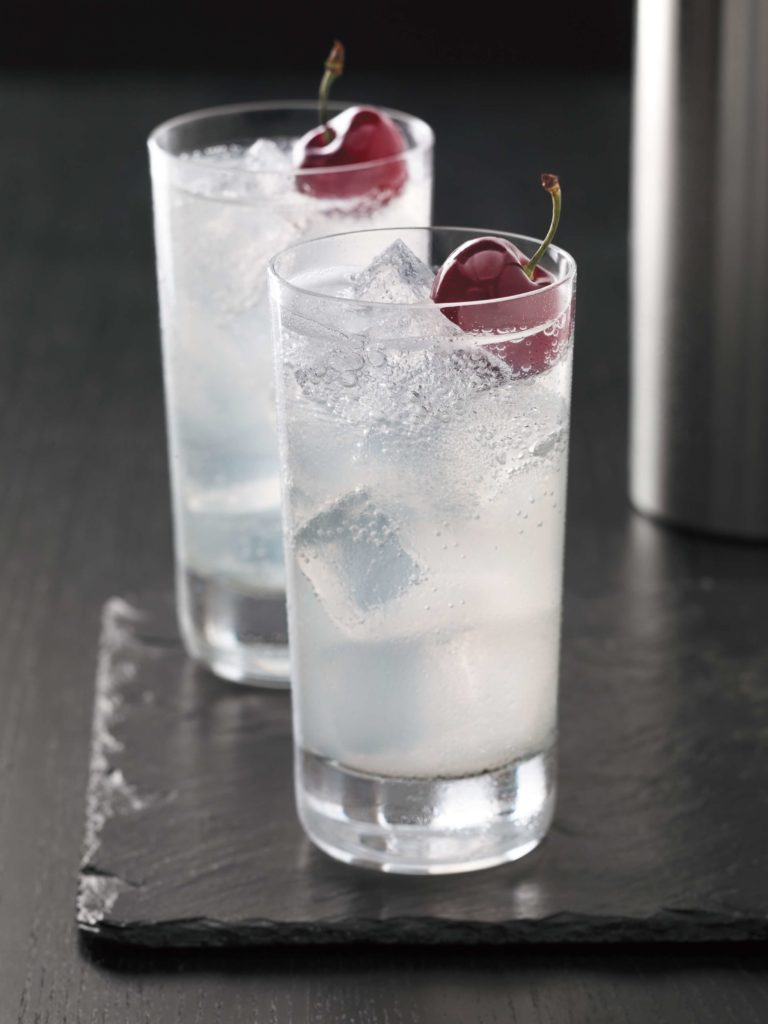 The fermentation of cereal grains like wheat, maize, rye, or potatoes is the most popular method for manufacturing vodka. Before diluting and filtering vodka, the alcohol must be distilled (at least three times) to remove any impurities.

The Differences Between Whiskey And Vodka

The roots of whisky and bourbon are similar. Whisky first appeared in Scotland in 1494, 64 years after vodka was first made in Moscow. Similar to vodka, the Gaelic phrase “usquebaugh” implies “water of life” for whiskey. In contrast to vodka, which is distilled and matured in a single process, whiskey may be crafted in a variety of methods.

Vodka started to exist in nations like Russia, Poland, and Sweden. The Slavic term for water is the origin of the name ‘vodka’. A monk named Isadore is said to have invented vodka in Moscow around 1430, a time span spanning more than 500 years.

In the production of alcoholic beverages, distillation always exits in the process. A spirit is defined as anything having an ABV of more than 16%.

Before it can be sold, whiskey must also be distilled. Whiskey is made from grains such as barley and wheat that have been distilled. While vodka is distilled from grain, whisky may also be manufactured by distilling beer. 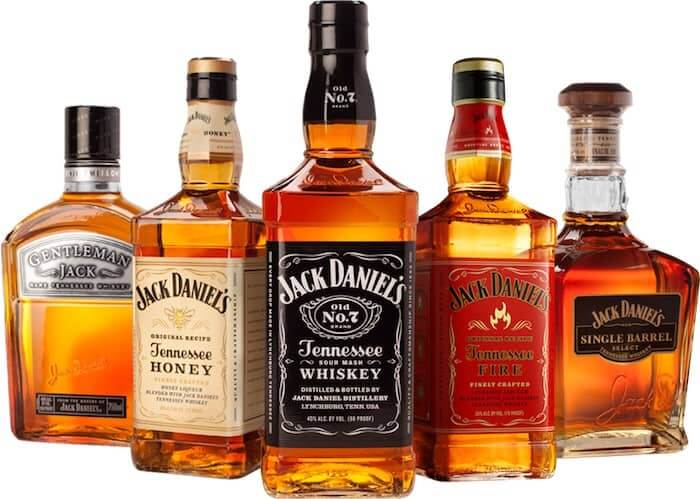 Due to the enormous influence on taste that the fermentation container has, many whiskeys are fermented in copper drums to bring out the inherent flavors of the drink. In the same way that vodka is distilled and matured in wooden barrels, whiskey is distilled and aged in wooden barrels as well. The whiskey’s flavor is influenced by the kind of wood used to make the barrels, resulting in a lighter brown to brown liquid with a greater alcohol content.

Distillation is used to create vodka, which may be manufactured from starch. The most common starches used in vodka manufacture are potatoes, maize, rye, and wheat. Fermentation (the process of feeding sugar to yeast) is followed by high-temperature heating in a still. 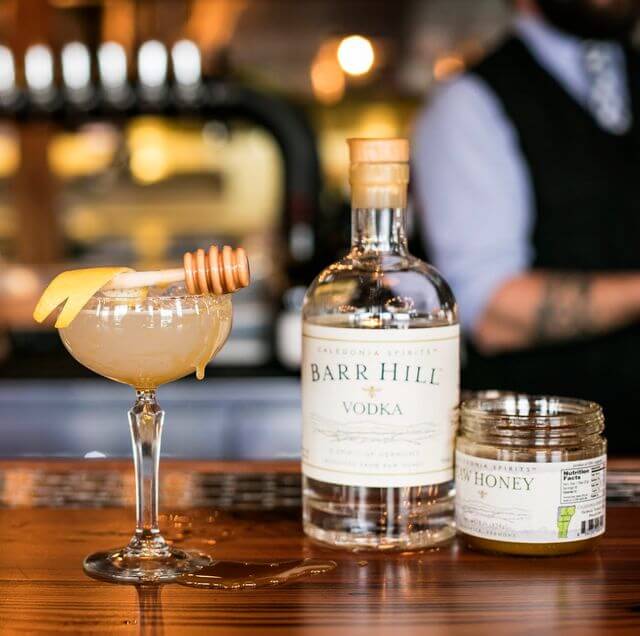 Droplets are collected after the liquid has vaporized and been heated in the container. Our favorite alcoholic beverage, vodka, is made from these microscopic droplets. More distillation produces a smoother taste in vodka.

Due to the additional alcohol content and the removal of microorganisms, “high-end” vodkas (those that have been distilled numerous times) tend to be more costly. To keep things interesting, some vodka producers may brew their product with a variety of flavorings. After the distillation process is complete, the final product is packaged and sent to your local bar.

The flavor of whiskey might be muskier or sweeter depending on the kind of grain or barrel used to age it. Most whiskeys have a woody taste and a warming effect on the palate. Between 40% and 60% alcohol, whisky has a woody and harsh aroma. 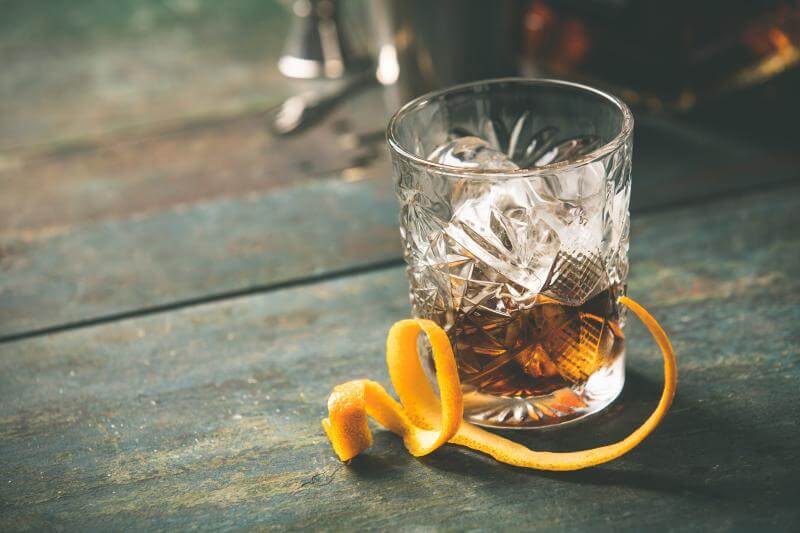 It’s easy to overlook the little variations between whiskey and vodka, but these distinctions have a big impact on the way you enjoy your favorite alcoholic beverages. In the cocktail industry, vodka and whiskey play a significant role, and substituting whiskey for vodka in your martini would be a mistake.

Vodka and whiskey have high alcohol concentrations despite their distinct flavors, aromas, and production methods. Because vodka contains 60% water, it has a more delicate flavor with a harsh aftertaste. 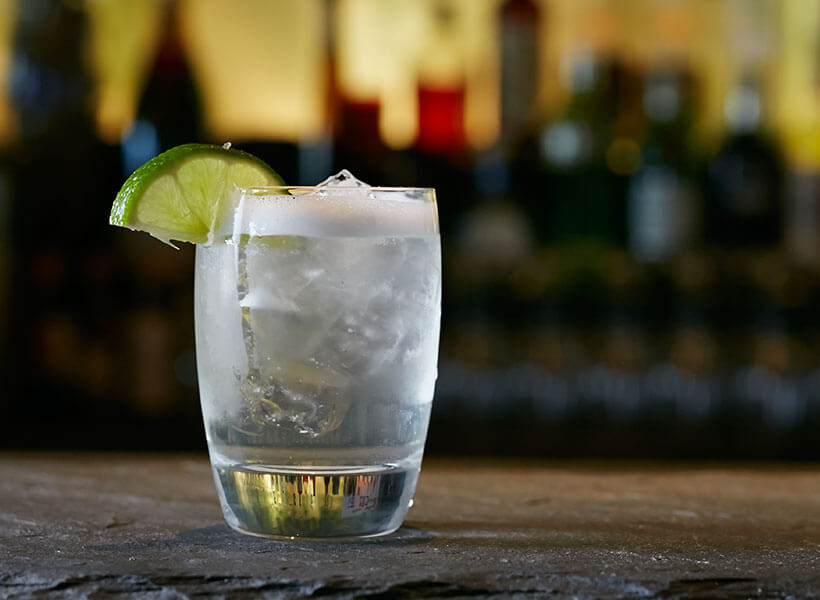 As a result, it’s often said to be “easy on the gut” and may be paired with a wide variety of beverages. Vodka’s scent is likewise pleasant and not overpowering.

A martini is a vodka cocktail in which the major taste is derived from the ingredients you add to the glass. Drinks made with whiskey are designed to bring out the flavor of the bourbon. For each kind of alcoholic beverage, we’ve compiled a list of the five best cocktails to try.

Vodka vs. Whiskey: How Do They Compare in Flavor?

According to some consumers, Vodka has a bread-like flavor and a delicate, airy texture on the tongue. Whiskey, as opposed to vodka, has a higher alcohol content. Because of the time spent in oak barrels, each brand of whiskey has a unique flavor. Citrus and fresh fruits predominate compared to single malt.

What Is the Simplest Way to Drink Vodka?

For those who want to drink their vodka neat, Purity Vodka is a great option. Because it’s crisp, clean, and lighter in body, you may enjoy it neat or in a martini.

Is There a Vodka That Has the Worst Flavor?

In the eyes of bartenders and spirits manufacturers alike, Smirnoff, a Michigan-made American vodka, has one of the most neutral scents and tastes. An earlier Wine Enthusiast review had come to the same conclusion. According to IWSR statistics, Smirnoff was the most popular alcoholic beverage.

What Can I Use to Substitute Vodka’s Taste?

Mix the juices with a few drops of lime juice to produce a white grape or apple cider mixture to have the same taste as vodka.

Is Vodka Stronger than Whiskey?

A 40% alcohol-by-volume vodka is believed by scientists to be a blend of ethanol and water. Whiskey, on the other hand, does not contain any natural alcohol. According to research, beverages with a higher ABV also have greater flavor. According to scientific research, whiskey is stronger than vodka.

The legal maximum for whiskey and vodka is 40% ABV. Alcoholic beverages vary in many ways and respects, too. If you’d rather have a more potent beverage, you may choose one with a greater alcohol content (ABV).

Is Whiskey Faster to Get You Drunk Compared to Vodka?

Drinking pure spirit is a quicker way to become drunk than mixing up a drink. Vodka and whiskey are interchangeable in this context.

Is Whiskey More Harmful Than Vodka?

More chemicals in whiskey make it even more hazardous than vodka. It was also observed that whiskey had a worse hangover when compared to vodka, which is also true. It’s possible that a whiskey hangover will be more difficult to overcome than a vodka hangover.

It has a combination of caramel, vanilla, roasted almonds, coconut, maple syrup, and baking spices are just some of the aromas and sensations that may be evoked by wood. Indeed, the barrel has a big role in the whiskey’s taste and fragrance.

What Is the Strongest Alcohol Beverage?

The alcohol concentration in Everclear, at 95%, makes it one of the strongest alcoholic beverages you’ve ever had.

Whiskey vs. Vodka: Which One Is Better for You?

Insomnia has been linked to a decreased risk of infection and cancer cell proliferation in the medical literature. Whiskey’s health dangers have been decreased. Symptoms may be significantly improved with a single sip of vodka. Vodka is an excellent option because of its health advantages.

Whiskey vs. Vodka: Which One Is Bad for Your Liver?

Does Vodka Make You a Healthier than Consuming Whiskey?

Vodka does not have a lot of minerals or nutrients in it. Vodka differs from other alcoholic beverages solely in that it has no sugar and has fewer calories. If you’re currently drinking alcohol, the advantages of vodka may exceed the disadvantages. Due to their high sugar content, mixers are often a poor option.

Why Does Whiskey Taste So Strange?

When whiskey is bottled, the alcohol content is usually between 40 and 50 percent. However, there are molecular mobility in drinks containing more than 59 percent alcohol. The flavor of the drink is ruined by the presence of this floating material, which floats around the glass.

What is Whiskey’s Flavor in the US?

Whiskey from the United States tends to be sweet, somewhat smokey, and mildly spicy. Caramel, vanilla, nuts, and spices from the fall season will all be infused into your whiskey during the infusion process.

Is There a Sweet Taste in Whiskey?

There is a plethora of various kinds of American whiskey to choose from. In comparison to mass-produced Bourbon, artisanal American whiskey offers some of the most complex, peppery, rich, and pungent spirits you’ll ever taste.

Is It Possible to Get Used to Whiskey?

It takes time to get used to it. It’s similar to making coffee in that you start with a large serving and then reduce the amount until it’s practically identical to the original.

Trying a shot of whiskey or a swig of vodka yourself is the best way to know which one suits you. Explore both of these boozy beverages and you’ll find plenty of drink alternatives to choose from. Keep in mind that you should enjoy these spirits responsibly.

Introduction A glass bottle is a bottle made from glass, often used to store beverages…

According to the recent market report listed on Research and Market, North America is the…

Best 5 Glass Bottle Manufacturers In Pakistan You Can Trust

With a growing focus on reducing plastic packaging, glass bottles are an increasingly attractive alternative…